New from Padua, the personal website of our founder, Murray Mednick, including his many play texts, highlights from past productions and media adaptations — please enjoy! 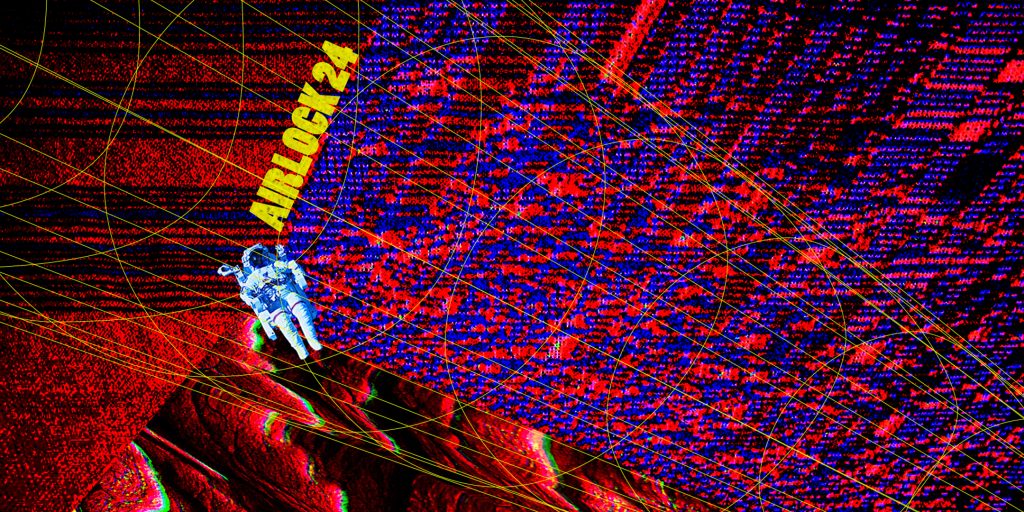 After the success of Blackouts, written and directed by Murray Mednick, Padua is proud to announce our second venture into the new world of hybrid online theatre work with Airlock-24, a sci-fi noir written by Guy Zimmerman, and directed by Scarlett Kim. Developed in Padua’s ongoing workshop, PaduaLab, Airlock-24 begins outside the International Space Station when an astronaut refuses to return after a space walk. Exploring the idea of the Earth as a fragile airlock surrounded by nonliving expanse of outer space, Airlock-24 tracks the crisis as it unfolds between this astronaut (Paul Turbiak), a Russian cosmonaut (Andrea LeBlanc), and his estranged wife in ground control (Cordelia Istel). The panoramic scope and the raw, primary emotions of these characters remind me of opera, says Zimmerman.

The layered video design by Alexander Grover composites live feed video with archival footage creating a visual algorithm delineating and muddying the boundaries of these three different spheres of existence, and how performance figures in each. Original music by Anthony Storniolo evokes film noir and psychedelic rock through a lush blend of vibraphone, accordion and digital synths.

“This is an experiment in finding new relationships between physical and virtual spaces,” says Kim. “We are exploring the interdependence of systems, the brain as a neural space, space suit as ecosystem, love triangle as a landscape, memory spaces, and Earth and outer space as metaphors for the stage in this new medium of online theatre.” Kim conveys the elastic scale of these worlds by generating surprising alignments and disjunctions. Her work here is bold and adventurous” not-to-be-missed!

We believe that no one should be denied access to the arts due to lack of funds.
Therefore all tickets to Airlock-24 are Pay What You Will.
We also believe in paying our artists for their work.
If you can, please help us achieve this with a generous donation at the box-office.

You may secure your link to any of our three performances here:AIRLOCK-24 tickets

We are excited to announce a limited series of livestream performances of Blackouts, a new play written and directed by acclaimed playwright Murray Mednick. Celebrated for his ground-breaking work in the avant-garde, and for the poetic quality of his street-wise dialogue, in Blackouts Mednick applies his skills to the beginnings of the Covid-19 crisis. In a series of trenchant scenes, the play tracks the ordeals of a patient (Maurice) admitted to a private hospital — where he encounters stressed-out doctors, conniving staff, sharp-tongued nurses, and a host of hallucinatory visitations — Maurice finds solace in speech as he descends into a drug-addled haze. Threading through the turmoil and invective are Mednick’s signature flights of hard-edged lyricism, and flashes of insight about the state of things in the U. S. of A. 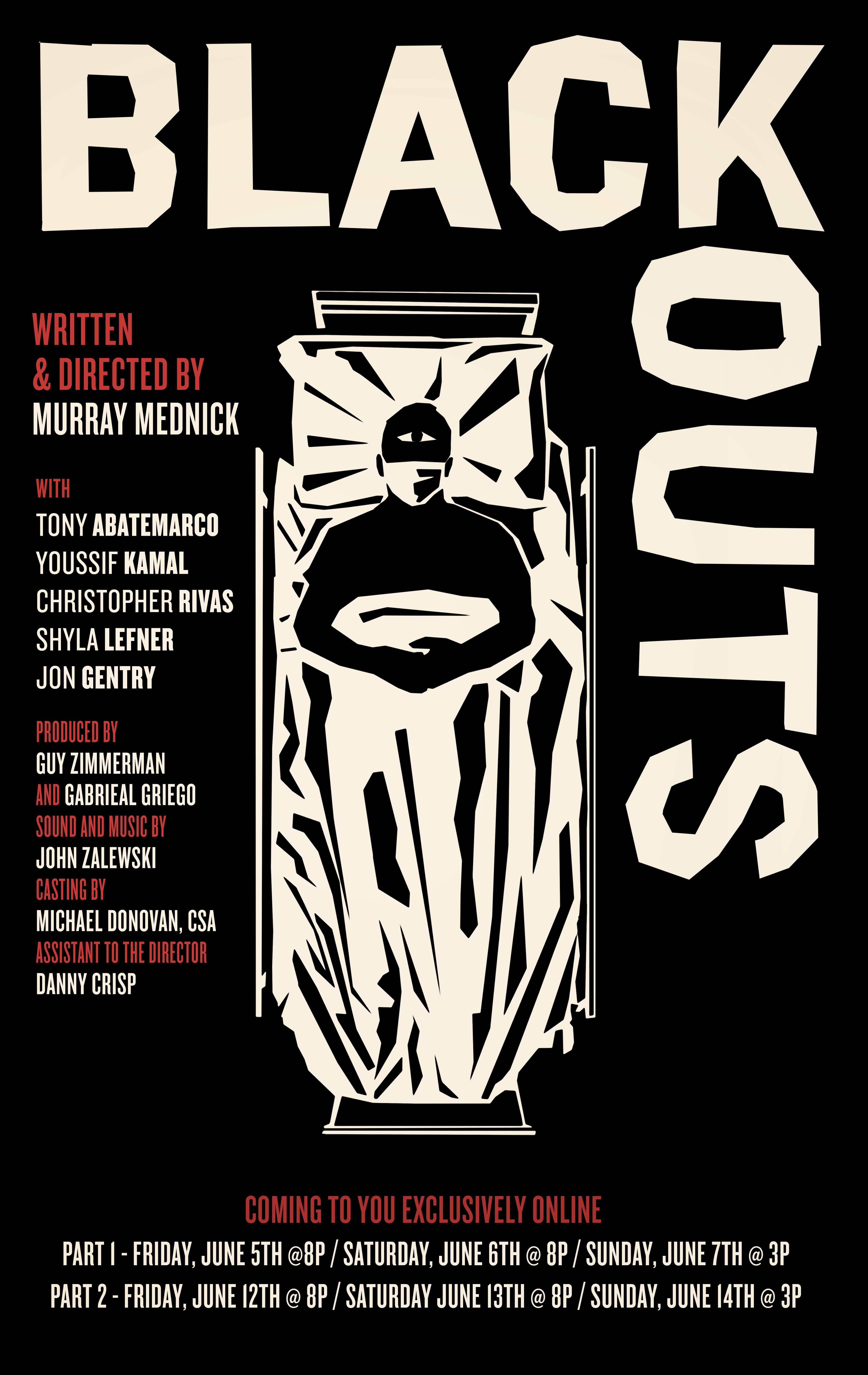 With celebrated theatre actor Tony Abatemarco in the leading role, and a cast of L.A.’s finest stage actors, including Youssif Kamal, Christopher Rivas, Shyla Lefner and Jon Gentry, Blackouts is cutting-edge new work for a world turned upside down. Please join us!

We are happy to announce the premiere of Murray Mednick’s Mayakovsky and Stalin on October 17th, at the celebrated Cherry Lane Theatre in New York City. Building on the success in LA last year, the production features a stellar cast directed by the playwright himself. This is the first production of Murray’s work in NYC since Joe and Betty in 2005. We will look forward to keeping you abreast of this important production all along the way, including the publication of the play by Padua Press in October.

AirLock tracks a crisis on the International Space Station in which an astronaut–Blake Black–is refusing to return from a space walk. The airlock he would return to is also malfunctioning in mysterious ways, and a Russian cosmonaut named Olga appears to be trapped there. The late night response of NASA’s ground control is being handled by Blake’s ex-lover, Christy, who quickly discovers there is much more than meets the eye in this high-tech, high-passion, high-stakes game of cosmic sabotage. Psychotropic radioactive mushrooms, systems theory, the Altai princess and the Super Bowl broadcast play important roles in this extreme space odyssey.

This is a non-ticketed event.